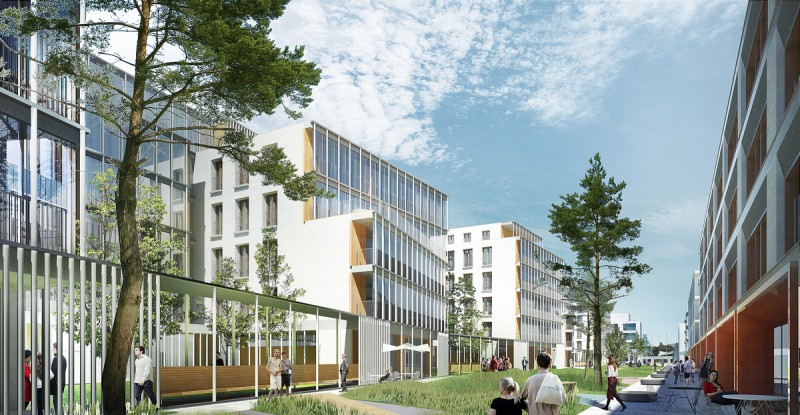 Waterfront With a Building Permit

Vastint Poland has received a building permit for the second stage of the Waterfront complex construction in Gdynia. “Our ambition is to make Waterfront the new heart of the City: a favourite gathering place, a place where people like to work and live,” Roger Anderson, Managing Director of Vastint Poland, has said.

Waterfront is a multifunctional building complex being erected in Gdynia between the Waszyngtona, Hryniewickiego and Jana Pawła II streets, next to the Skwer Kościuszki green square and Sea Towers. In 2015, the first stage of Waterfront was completed. An office building and a hotel were built in the Nadbrzeże Prezydenta street. At present, the investor gets ready to start the second stage of the complex. The building permit applies to construction of four buildings with underground parking garages having the total area of 44,000 m2. Along Waszyngtona St., two office buildings with 14,500 m2 space for rent and two residential buildings with 126 suites will be constructed. Now the general contractor selection process will begin, and the construction works are scheduled to start in the spring of 2020.

Roger Anderson, Managing Director of Vastint Poland, says: “We are very pleased to have received the building permit. This is an important project as regards implementation of the strategy to develop the waterfront and restore this area for city residents. The design by the JEMS architecture office was prepared very carefully, with future users in mind. The main goal was to create an attractive space open not only for people who work or live here, but for all city residents and tourists visiting Gdynia.”

Ultimately, the Waterfront complex will have buildings of diversified functions, namely residential and office ones, service premises, a hotel with conference space and various public and cultural facilities, including a cinema. An important part of the concept will be a public green square next to Skwer Kościuszki, a place designed for rest and recreation.