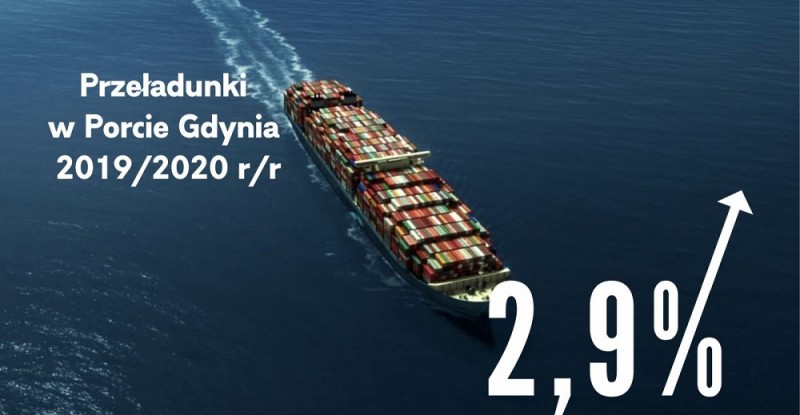 Port of Gdynia with a record result

The Port of Gdynia closed 2020 with an excellent result. The dockers handled 24 million tonnes of cargo. This is a 2.9 percent improvement on the 2019 performance.

As the Port of Gdynia announced on its facebook profile, in 2020 it achieved the highest level of cargo handling in its history, beating last year’s record. In December 2020, 1,959.0 thousand tonnes were handled, an increase of 10.7% compared to the result for the same period in 2019. The highest growth rate can be seen in grain handling, with 68.6% for the 12 months. Container handling also increased – by 0.9% year-on-year.

The reason for such good results given by the Port of Gdynia is, among others, the improvement of infrastructure, including the modernisation of railway lines and construction of new sections of motorways and express roads, which increases the attractiveness of the Polish terminals.