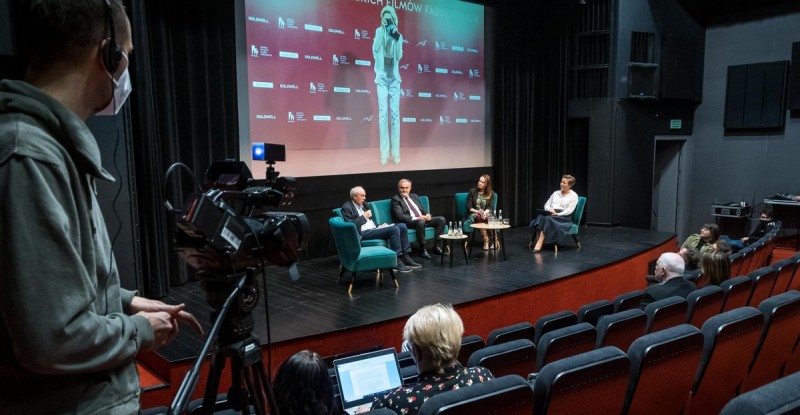 Gdynia awarded the title of UNESCO City of Film

Gdynia has been awarded the title of City of Film and joined the UNESCO Creative Cities Network. Together with Cannes (France) and Cluj-Napoca (Romania) it joined the group of cities that strongly support the development of the film industry.

Gdynia’s efforts to join the Creative Cities Network, which began at the beginning of 2021, were supported by the Polish Committee for UNESCO, the Polish Filmmakers Association and the Europa Cinemas network.

– The admission to the list of the UNESCO Creative Cities is a recognition of everything that has happened in Gdynia over the years. It represents opportunities for collaboration. As a member of this family of cities that focus on film as the core area of their cultural activity, we will look for various projects that will bring satisfaction to the participants and, above all, develop the film component within the culture and business sectors in our city – says the Mayor of Gdynia, Wojciech Szczurek.

Within the UNESCO Creative Cities Network, Gdynia plans to develop local and international projects. Membership in this organization allows for networking, exchange of experiences and partnerships with other cities actively involved in the film sector from around the world.

The Creative Cities Network programme was established in 2004 to foster cooperation between cities and regions that have based their development on different areas of the creative economy, viewed as a factor of sustainable development. Participants in the association are committed to building international partnerships, sharing best practices, and strengthening the participation of residents in cultural life.
UNESCO awards the title of creative city in seven categories: literature, music, film, visual arts, design, crafts and folk arts, and gastronomy. Currently, the UNESCO Creative Cities Network brings together 295 cities from 90 countries.

Since 1987 Gdynia has been hosting the Polish Film Festival, the annual celebration of Polish cinematography and the country’s most important competition review of its latest achievements. Besides, Gdynia is one of the host cities of the biggest documentary film festival in Poland, Millenium Docs Against Gravity, as well as NNW Film Festival „Niepokorni Niezokłomni Wyklęci [The Unruly The Unbreakable The Cursed]” as well as the Wrażliwy[Sensitive] Festival. The Gdynia Film Centre, is a self-government institution that carries out many projects in the field of cinematography, and is very active in the city. The centre is home to the Gdynia Film School, the only educational institution in northern Poland providing training for film directors.
The self-government plans to further develop projects in the film sector. There are plans to create a Digital Film Centre, which will be an online space where all the activities of the film sector in Gdynia will be brought together. The portal will be a virtual film repository, which aims to develop the idea of accessibility of film resources for all the recipient groups, including the blind and the visually impaired.