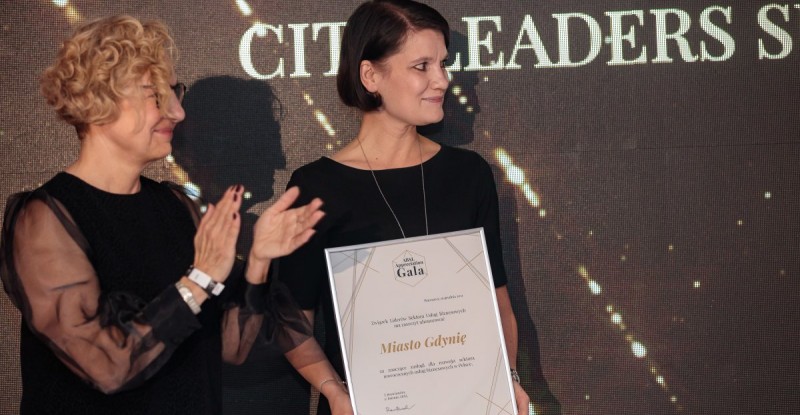 A city open for business

Gdynia’s activities aimed at creating good conditions for business expansion in the city were singled out by The Association of Business Service Leaders [Związek Liderów Sektora Usług Biznesowych] in Poland during this year’s ABSL Appreciation Gala.

ABSL is an organization representing the modern business services sector in Poland, which brings together over 200 largest companies, sets standards and directions for the growth of the sector, and employs over 350 000 people. Every two years the organization hosts a Gala, at which it shows its appreciation to its partners for their contribution to the development of this modern sector. During this year’s Gala, which took place on16 December in Warsaw, Gdynia was awarded in the City Leaders Supporting Sector category. The motivation for the commendation included, among other things, the city’s contribution to the organizing of the two-day ABSL Summit, which took place on 14 and 15 September 2021 and was co-hosted by Gdynia. The keynote of the event was „Beyond tomorrow. Building a sustainable future”. (….) The main discussion topics of the conference concerned the issues related to the sustainable development of the sector in relation to the coronavirus pandemic. The summit was attended by nearly 700 international industry leaders, experts and representatives from various levels of central and local government.

– We would like to express our gratitude for your support in organising the first meeting of the modern business services sector and the self-government environment in Poland after two years following the difficult period of the pandemic. Your help has been invaluable – states the motivation for granting the commendation to Gdynia.

The award for the city was received by Katarzyna Gruszecka-Spychała, the City’s Deputy Mayor for Economic Affairs.

For years we have been aware of the significant role played by the modern business services sector in the local economy. Gdynia is well placed to ensure that the industry continues to grow dynamically in our city, benefiting from its good infrastructure, transportation and office space that meet the most stringent standards. We wish to take an active part in its development and attract more job creating investors. This year’s ABSL Summit, despite the pandemic, proved that we really have a lot to offer – said Katarzyna Gruszecka-Spychała, Gdynia’s Deputy Mayor for Economic Affairs.